Taxotere Alopecia : A friend recently told me losing her hair during chemotherapy was “a rite of passage.” She says she didn’t mind being temporarily bald because, when her hair came back, it was symbolic of her victory over the disease.

For a lot of cancer patients – especially women who are treated for breast cancer – the hair loss is not temporary. The chemotherapy drug Taxotere, for example, causes permanent alopecia. For almost two decades, patients were assured that their hair would grow back, even though the company that sells the drug knew of the risk of irreversible baldness.

The Lovely Law Firm is accepting Taxotere hair loss injury cases. If you have suffered permanent hair loss after taking the drug Taxotere, call us immediately for a free consultation.

Alopecia is the complete or partial lack of hair on any part of the body where hair normally grows.

When alopecia is caused by chemotherapy drugs such as Taxotere, it is most common on the scalp. For many people, this means a total loss of hair on the scalp, while for some it manifests as patches of balding or thinning hair.

Taxotere, unlike many other chemotherapy drugs, is known to cause permanent hair loss.

Is Hair Loss Normal During Chemotherapy?

Temporary hair loss is absolutely normal during chemotherapy, and it usually starts a few weeks after treatment begins. 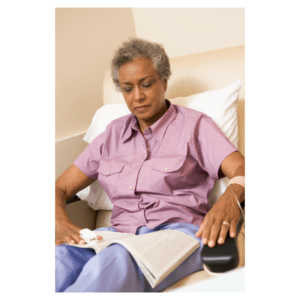 Chemotherapy drugs destroy cells that are rapidly dividing. Cancer cells divide rapidly, so the drug is effective at stopping, slowing, or even reversing the disease. Unfortunately, it also stops other quickly-dividing cells, such as those in hair follicles.

It’s not just the hair on your scalp – people may also lose their eyebrows and eyelashes, pubic hair, leg hair, and armpit hair. The hair loss sometimes happens suddenly, and other times it slowly thins and gradually falls out. The process can be uncomfortable, causing skin sensitivity and itchiness.

After chemotherapy with other types of drugs, patients’ hair begins to come back after three to six months. Some people are surprised to find that the hair that grows after chemotherapy is different than the hair they had before. The cancer-survivor friend I referred to earlier lost her fine, straight, blond hair during chemotherapy, and, when the treatment stopped, her hair grew back coarse, curly, and brown.

But the key point here is that your hair should grow back – permanent baldness is not a normal result of chemotherapy.

How Is Alopecia Caused by Taxotere Different?

Why Is It the Drug Maker’s Problem?

For almost 20 years, the multinational pharmaceutical company Sanofi-Aventis sold Taxotere in the United States without warning patients of the risk of permanent hair loss.

If the company didn’t know about the problem, this might not be so bad. But, they did know – Taxotere sold in Europe and Canada came with a warning about the risk of irreversible alopecia, while in the US patients were advised that “hair generally grows back.”

The Federal Drug Administration required that the drug carry the permanent alopecia warning in the US starting in 2015.