A prescription drug that is used to treat adults who have type 2 diabetes, Invokana is the subject of widespread litigation. This medication works to reduce blood glucose levels. However, studies have shown that people who take Invokana or another branded medication that contains the same active ingredient, canagliflozin, have increased risks of needing amputations below the knee. A black box warning was recently issued by the U.S. Food and Drug Administration that this drug is associated with an increased risk of toe, foot and leg amputations. If you were prescribed this drug or another that contains canagliflozin and subsequently suffered an amputation, getting legal help from the attorneys at the Lovely Law Firm is important. Our experienced team is currently reviewing potential claims. 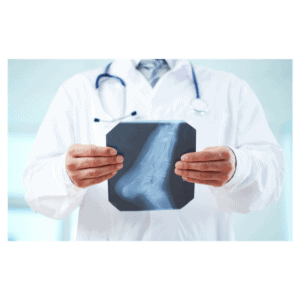 Drugs that contain canagliflozin work by increasing the amount of glucose that is excreted in your urine so that your blood glucose levels are reduced. The drugs work by blocking the reabsorption of glucose into your bloodstream after it has been filtered by your kidneys. These drugs are called sodium-glucose cotransporter-2 inhibitor drugs. Invokana only contains canagliflozin while another drug in the class, Invokamet, is made of a combination of canagliflozin and metformin.

Results of the clinical trials

Two clinical trials that lasted for five years involved patients with type 2 diabetes that were prescribed drugs containing canagliflozin. Called CANVAS and CANVAS-R, the trials were meant to analyze whether the drugs had any negative effects on the heart. The researchers found that these drugs instead increased the risk of amputations. Participants in the trials showed an amputation risk that was more than double that of patients who were prescribed a placebo. The researchers found that the study participants had the following amputation risks over the five-year trial periods:

As a result of the clinical trial findings, the FDA issued its black box warning in May 2017. The warning affects all drugs that contain canagliflozin.

In addition to potential foot, toe and leg amputations, some people who have taken one of the SGLT2 drugs have developed serious kidney problems. According to the FDA, people who have hypovolemia are at an increased risk of developing some of these conditions while taking canagliflozin. Some of the most common injuries from Invokana usage that have been suffered by people who were prescribed drugs containing canagliflozin include the following:

Diabetic ketoacidosis is a condition that can develop when your cells cannot get sufficient amounts of glucose to use for energy. Your body then starts burning muscle and fat to obtain energy, resulting in an increase in ketones in your bloodstream. The increase in ketones causes an imbalance in the pH of your blood, making it acidic. This condition can be life-threatening and may require care in the intensive care unit. It can also result in death. People who have hypovolemia, which is a decreased blood volume, have a much greater risk of developing diabetic ketoacidosis when they are taking canagliflozin.

Kidney failure while taking a medication that contains canagliflozin Invokana can be caused by diabetic ketoacidosis or by suffering from repeated urinary tract infections. If you have suffered renal failure, you will require dialysis and be forced to wait on the transplant list.

Lawsuits involving these drugs are still in the early stages. The first trials are scheduled to begin in 2018. While the drug manufacturers knew about the serious risks that are associated with CGLT2 drugs, the first warnings about ketoacidosis and kidney issues were not issued until Dec. 4, 2015. This means that if you suffered from ketoacidosis, renal failure, acute kidney injury or serious UTIs while taking a CGLT2 drug before Dec. 2015, you may have the basis to file a claim against the drugmakers.

The FDA issued its black box warning about increased risks of amputations in June 2017 and first communicated the need for improved warnings regarding amputations in May 2016. If you had to have a portion of your lower leg amputated while taking Invokana, you may have a basis for filing a lawsuit against Johnson & Johnson.

Contact the injury attorneys at The Lovely Law Firm

When you are prescribed medications to treat type 2 diabetes, you should be given adequate warnings about the potential risks. Johnson & Johnson’s failure to warn about the increased risks of kidney issues, ketoacidosis, and amputations may constitute grounds for lawsuits. If you have suffered from any of these complications, or you have lost your loved one to one of these conditions, contact the Lovely Law Firm to have your potential claim evaluated. 843-839-4111