If you or your loved one have developed Fournier’s gangrene after taking certain types of prescribed diabetic medications, you could be entitled to substantial compensation. A new class of diabetes drugs called SGLT2 inhibitors has been linked to this serious and potentially disfiguring or fatal disease. Our attorneys are currently investigating the potential claims of South Carolina patients who took medications such as Invokana, Jardiance, or Farxiga for diabetes at their doctors’ direction and subsequently developed severe infections of the perineum. Contact us for a free, no-obligation, confidential review of your claim. 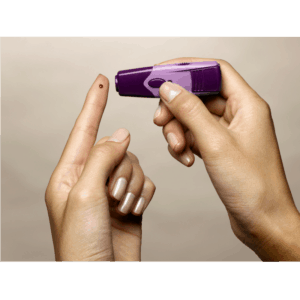 What is Fournier’s Gangrene?

Fournier’s gangrene is a rare necrotizing condition of the perineum and genitals. In this disease, flesh-eating bacteria attack the tissues of the perineal, perianal, and genital regions. The infections can rapidly progress into gangrene, causing severe injury and tissue death that may require multiple surgeries, including genital amputations. The National Organization for Rare Disorders reports that around 1,800 cases have been reported worldwide since the 1950s, affecting mostly men. While this disease is rare, a number of recent cases have been linked to SGLT2 inhibitors, and the new cases have impacted nearly as many women as men.

What is an SGLT2 Inhibitor?

A sodium-glucose cotransporter-2 inhibitor is a type of medication that helps the kidneys to remove excess sugar from the body of diabetics. The sugar is then removed from the body through the urine. This class of medications is commonly prescribed by doctors to diabetic adults in addition to dietary and lifestyle change recommendations to lower blood sugar. SGLT2 inhibitor drugs that may be linked to Fournier’s gangrene and that have been approved by the FDA include the following:

If you are taking one of these medications and are experiencing the symptoms of Fournier’s gangrene, it is important for you to seek medical attention immediately to get treatment. If you are diagnosed with this disease, you should talk to one of our experienced complex litigation attorneys for a free evaluation of your claim.

The manufacturers of the SGLT2 inhibitors that may cause Fournier’s gangrene include the following:

All drug manufacturers, including the manufacturers of SGLT2 inhibitors, have a duty to test potentially harmful drugs and to warn physicians and patients about the harmful side effects that the drugs might cause. While only 12 cases have been identified in the past five years, those cases only include the ones that were reported to the FDA. It is possible that many more cases have occurred that have not been reported. The FDA reports that an estimated 1.7 million Americans are currently prescribed SGLT2 inhibitors to treat diabetic conditions.

A very serious infection of the genitals and genital region, Fournier’s gangrene can cause multiple symptoms. If you experience any of these symptoms, getting prompt medical attention is crucial so that you might be able to limit the progression of the disease. The infection can rapidly progress to gangrene, making early medical intervention vital. The symptoms include the following:

The symptoms of the infection can worsen very quickly as the necrotizing bacteria are aggressive. People who experience any of these symptoms should immediately go to their doctors’ offices for a medical evaluation.

The FDA and SGLT2 Inhibitors

On Aug. 29, 2018, the FDA issued a drug safety communication about the link between SGLT2 inhibitors and Fournier’s gangrene. The SGLT2 inhibitors were initially approved by the FDA in 2013. The drug safety communication noted the link between these drugs and necrotizing fasciitis of the genitals and perineum and made recommendations for both patients and doctors.

Because SGLT2 inhibitors are newer medications and the link between the drugs and Fournier’s gangrene has only recently become known, there have not been any settlements or jury trials to date. However, lawsuits have been filed, including a potential multidistrict litigation that was filed in federal court in New Jersey in Sept. 2018 as MDL 2750. The lawsuits that have been filed are in their initial stages.

The compensation that you might be able to recover for developing SGLT2 inhibitor-linked Fournier’s gangrene will depend on the extent of your injury and a combination of your economic and noneconomic losses. Some of the types of compensation to which you might be entitled include the following:

In addition to these types of compensatory damages, it may also be possible to recover punitive damages. These are damages that are meant to punish defendants for particularly outrageous or egregious conduct to deter them from engaging in similar actions in the future.

The Importance of Getting Legal Help

If you have been diagnosed with Fournier’s gangrene or have lost a loved one to this disease after being prescribed one of the SGLT2 inhibitors, you may be entitled to substantial compensation for the harm that you have suffered. Getting help from a local legal team is important. Our experienced South Carolina attorneys can analyze the facts and circumstances of your case an provide you with an honest assessment of your potential claim. Contact our law firm today to schedule your confidential claim evaluation.