A popular drug that has been widely prescribed for the treatment of high blood pressure, valsartan is a medication that was originally developed by Novartis. It is sold under multiple brand names, including Entresto, Diovan, and Exforge. While the drug may be prescribed alone, many prescriptions that contain it also contain other active ingredients such as hydrochlorothiazide. The U.S. Food and Drug Administration has issued a recall of medications that contain this drug because they may have been contaminated with N-nitrosodimethylamine, a chemical that is a known carcinogen. Many people who have taken this prescription medication have been diagnosed with cancer and other medical conditions and are filing lawsuits.

Like many other medications, valsartan can cause a variety of different side effects. However, the potential side effects of the drug are not the basis for a blood pressure lawsuit against the drug manufacturers. Instead, the lawsuits are primarily concerned with a recent discovery that medications that contain valsartan that was manufactured in China may be contaminated with N-nitrosodimethylamine. This substance has been classified by the Environmental Protection Agency as a probable carcinogen, and it is used by lab scientists to induce cancer in rats.

Symptoms of exposure to NDMA

In the short-term, exposure to NDMA can cause damage to your liver. Some of the symptoms of NDMA exposure include the following:

Injuries that form the basis for filing lawsuits

Long-term exposure to NDMA through ingesting medications can cause serious and life-threatening medical conditions. These include the following conditions:

The EPA reports that animal tests of exposure to NDMA showed an increase in the incidence of liver cancer, colorectal cancer, kidney cancer, bladder cancer, and the development of tumors in the liver and in other locations in the body. If you have developed any of these cancers after taking a medication that contains this blood pressure medication or have suffered an acute liver injury that required you to be hospitalized, you might have legal rights.

According to a statement by the FDA, Prinston Pharmaceutical contacted the agency on June 19 to notify it that the drugmaker was ending its production of the blood pressure medication after it found NDMA contamination. After an investigation, the FDA issued a recall notice on July 13 and expanded it in August to affect more drugmakers and medications. In addition to updating its recalled medications list on Aug. 27, the FDA also released a list of medications that contain the drug but have not been recalled. The reason why some drugs that contain the substance have not been recalled while others have is that not all of them were manufactured with the ingredient that was derived from China and India.

Drugs that were supplied by Zhejiang Huahai Pharmaceuticals in China and Hetero Labs Limited in India were recalled. Out of the 11 U.S. drug manufacturers that were affected by the recall, 10 derived their drugs from Zhejiang Huahai Pharmaceuticals’s Linhai, China facility. Zhejiang Huahai stated that the contamination with NDMA happened because of a change it made to its manufacturing process. The FDA reports that the manufacturing change dates back by at least four years while European officials have said that the change occurred as early as 2012. The following U.S. drug manufacturers have drugs that have been recalled by the FDA:

Products that had expiration dates before July 2018 were not recalled but could still contain NDMA. More medications that contain the substance may also be recalled in the future. 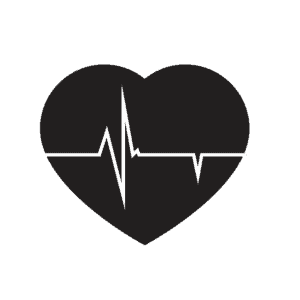 If you are prescribed a blood pressure medication that contains this active ingredient, you can check the FDA’s list of recalled drugs or talk to your pharmacist to learn whether your medication has been recalled. You should not stop taking your blood pressure medication without first talking to your doctor and getting a different prescription to replace yours. You should save any unused pills in case you develop cancer or a serious liver injury.

Lawsuits have been filed in federal courts in several states, including New Jersey, New York, and Missouri. The lawsuits have requested that they be certified as class action lawsuits. Class actions are lawsuits in which a few plaintiffs represent a class of others who are similarly situated. A class action lawsuit was also filed in Canada in July. All of the lawsuits are in their early stages, so there have not been any settlements or trials yet.

Eligibility to file a lawsuit

If you took a recalled blood pressure medication and have developed liver cancer, colorectal cancer, bladder cancer, kidney cancer or an acute liver injury that required you to be hospitalized, you may be eligible to file a lawsuit. Our law firm is currently investigating these claims. It is important for you to sign up soon and to save your unused pills.

The potential compensation that you might be able to recover in a lawsuit is currently unclear because there have not been any settlements or verdicts yet. However, you might recover the following types of damages in a lawsuit:

Potential defendants in a Valsartan lawsuit

Dangerous drug lawsuits fall under the umbrella of products liability law. In a products liability lawsuit involving a contaminated drug, there are several potential defendants that might be named. All of the parties that were involved in the chain of production that brought the contaminated medications to the market may be potentially liable. These parties might include the drug manufacturer of your medication and the pharmacy that sold it. If you file a lawsuit, your lawyer may identify all of the defendants to name in your lawsuit so that you might maximize your potential recovery amount.

Cost to file a lawsuit

Most attorneys accept products liability lawsuits involving dangerous drugs on a contingency basis. If your attorney agrees to represent you on a contingency basis, you will not have to pay any money up front. You may be responsible for other costs such as expert witness fees while your case is pending. If your attorney reaches a settlement agreement for you or wins your case at a jury trial, he or she will then receive a percentage of your recovery amount for his or her fee.

We are currently evaluating cases involving valsartan-containing medications involving serious liver injuries or cancer. If you have developed one of these conditions after taking a blood pressure medication, it is important for you to schedule an appointment to learn about the rights that you might have. Make certain to save any unused pills that you still have and contact us today to schedule a case evaluation. 843-839-4111