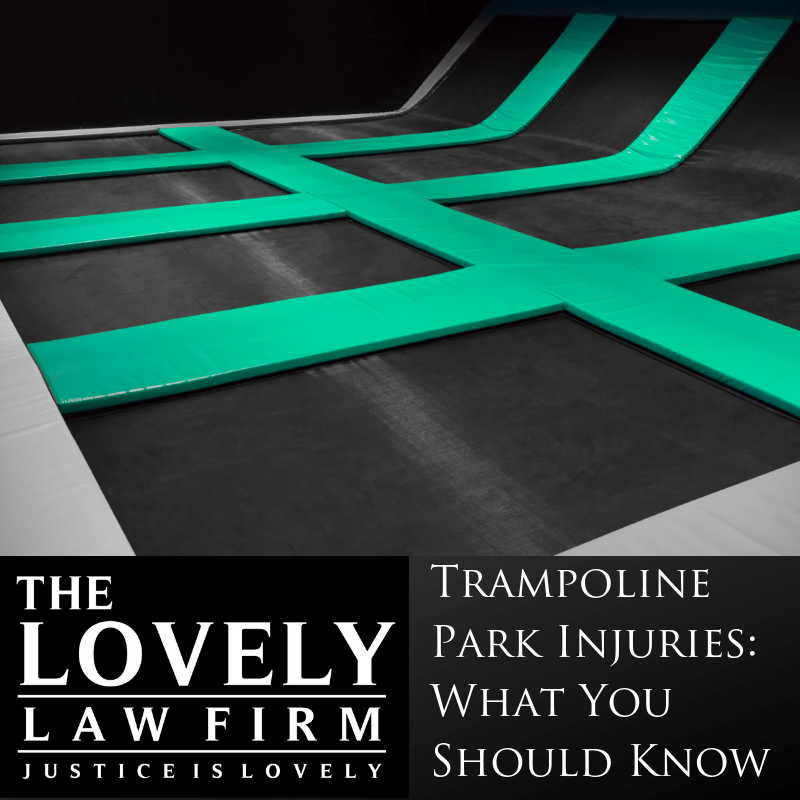 According to NBC, there are an estimated 800 trampoline parks in the U.S. The indoor parks allow patrons to bounce and are popular among children and families. However, trampoline park injuries reportedly lead to 100,000 emergency department visits every year, according to a recent study that was reported in the Journal of the American Academy of Orthopedic Surgeons.

The number of trampoline park injuries has greatly increased. Among children, 59% of fractures such as a broken leg happened while they were at trampoline parks. When children suffer serious injuries at trampoline parks, many parents believe that they have no legal recourse because they are required to sign releases at the parks. However, these releases often do not stand up in court. By getting help with filing a lawsuit with the help of our Myrtle Beach, South Carolina attorneys, parents may be able to recover compensation to pay for their losses.

What is a trampoline park?

Trampoline parks contain trampolines from wall-to-wall so that children can run, jump, and play. The trampolines normally have padding in between them and along the walls that border the gymnasium area. These parks may also contain ball pits, trapeze courses, and nets for children to climb. Parents pay admission for their children and are asked to sign a release before their children can jump.

Injuries can happen in any number of ways at trampoline parks. Frequently, injuries happen when the victims have accidents with the equipment or with other patrons while performing stunts such as double bump jumps or playing erratically.

Many injuries occur when children land on the padded areas that cover the edges where the trampolines join. The padding is meant to provide some protection, but it is sometimes insufficient to prevent injuries from occurring. Park operators have a duty of care to make certain that their equipment is properly maintained and that it conforms to the ASTM 2970 standard. They should use checklists to inspect the equipment each day, documenting their observations and the repairs that are completed. In addition, park operators should also perform inspections and repairs at the intervals suggested by the manufacturers to help to prevent injuries from happening.

Many injuries happen when children run into others while they are jumping, climbing, or running on the equipment. Some children may be injured when others do things such as double bump jumps and run into them or land on them. Operators owe a duty of care to provide thorough supervision of the children while they are playing. Supervisory staff members are responsible for ensuring that the children safely use all of the different areas of the indoor parks. They should monitor the distance between the patrons and have different areas for children of various ages. Supervisors should prevent adolescents and adults from entering areas that have been designated for younger children.

Park operators should ensure that all of their staff members are fully trained so that they can reduce the risk of injuries. Only qualified and fully trained people should be hired to supervise trampoline areas, and all employees should undergo a thorough orientation before they are placed on the floor to oversee jumpers. Supervisors should rotate around the floor and help attendants wherever their help is needed. Supervisors should watch court attendants closely so that they can identify any unsafe practices and correct them.

Court attendants should be thoroughly trained on all of the attractions that are contained within the parks. The attendants should be rotated on and off the court every half hour. This can be accomplished by blowing a whistle every 30 minutes to signal a brief freeze. During this time, the attendants can get to their designated stations and prepare to watch the jumpers before the children are allowed to start playing again.

Attendants should spend their time while they are on duty continuously scanning their assigned areas for dangers and problematic behaviors of the patrons. For example, if an attendant sees a child jumping too close to others, the attendant can intervene to keep the children safe. Attendants should never turn their backs on the areas that they are monitoring.

Prominent displays of rules and risks

Trampoline parks should also prominently display the rules that children are to follow when they visit. The rules should be in large print and displayed in multiple areas throughout the parks. Parents should discuss the rules with their children before allowing them to start playing. The risks that patrons might face, including minor to serious injuries, including a spinal cord injury and others, should also be disclosed. Parks might also include short, informative videos about the rules and risks for families to watch so that they are thoroughly aware of the rules and the risks that they face.

What to do when children are injured at trampoline parks

Many parents wrongly believe that they cannot do anything when their children are injured in trampoline parks. This is because a parent is required to sign a release of liability before his or her child will be allowed to participate. However, these releases will not stand up in court when the injuries result from a failure of the operators to fulfill their legal duties of care.

When children are injured, the parents should first promptly seek medical attention. They should get the names and contact details of the attendants and supervisors who were on duty as well as any witnesses who saw what happened. If they can, they should take photographs of the area where the accident occurred.

After seeking medical help, the parents should talk to one of our personal injury lawyers in Myrtle Beach, South Carolina. We can review the facts of what occurred and analyze the releases. We are also able to secure documentation from the park regarding attendant rotations, maintenance schedules, and inspections. To learn more about the legal remedies that you might have by filing a lawsuit, contact our office today to schedule a consultation.