South Carolina ranks as the number one state in the United States when it comes to men killing women. The state’s rate of 2.54 per 100,000 for females murdered by males was more than double the national average. This shocking statistic shows that domestic violence is a serious concern and problem. South Carolina has ranked amongst one of the worst states involving violence against women for the past ten years. South Carolina’s Coalition against Domestic Violence and Sexual Assault (SCCADVASA) is just one of many organizations that has been working to educate the community about the cycle of domestic violence. Lawyers advocate for their clients and in family law many of their clients are domestic violence victims. Your attorney at the Lovely Law Firm is a domestic violence advocate and will be your voice in a court of law. 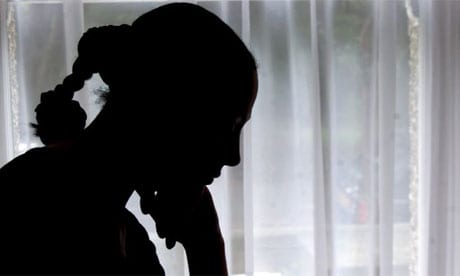 The reality is, most domestic violence victims who are ultimately killed suffered abuse for months and/or years prior to the life ending attack. Take for example the story of Devin Ham who died at the hands of her husband in 2011. He reportedly admitted strangling his young wife. His family admits the signs of abuse were there before the fatal incident. In fact, Devin’s mother says her daughter told her of prior incidents of abuse. But like most women, Devin stayed in the abusive relationship with her husband. Unfortunately, staying with her husband lead to her demise.

But, there are also many women who grow tired of the emotional and/or physical abuse and eventually snap. Take the hypothetical story of Bill and Kim. Perhaps instead of beating her with his fists as usual, Bill slaps Kim. After being beaten multiple times, the slap Bill gives her triggers a response and Kim takes a bat and starts beating him. Suppose Bill eventually dies in the hospital from his injuries. This woman who has been suffering extreme abuse from her spouse for months is going to be facing jail time for her involvement in his death. Often times, when a woman is facing punishment for a crime, her attorney uses self-defense as her key defense. A common method to invoke self-defense in domestic violence cases is to say the woman was suffering from battered women’s syndrome at the time of the incident.

While self-defense is a legally recognized defense across the United States, the defense attorney bears the burden of proving his client felt threatened by another’s actions and thus his actions were induced by the other’s threatening actions. Typically, words alone are not enough to justify physical force; the threat needs to be accompanied by some physical act or by a weapon. Self-defense may seem pretty cut and dry, but it is possible to lose the privilege of self-defense. For example, if someone threatens you with their fist you cannot take out a handgun and shoot them and then claim self-defense. You are only privileged to use force equal to the force that is used against you. In law, there are exceptions to every rule and that is why it is so important to hire an attorney.

Even if you acted in self-defense you are going to face scrutiny in a court of law. You need counsel on your side to defend and justify your actions. Contact your Myrtle Beach criminal attorney at the Lovely Law Firm at 843-839-4111 to set up a consultation regarding your case.