Sexual assault is a pervasive problem that has dominated the headlines in the recent past. As news continues to break of celebrities, media personalities and politicians who have committed acts of sexual assault and abuse, countless other children and adults are also victims. The #metoo movement has quickly taken root, leading millions of women from around the world to share their stories of victimization.

People may be the victims of sexual abuse by teachers, supervisors, mentors, family members, caregivers or strangers. Regardless of who the perpetrators might be, being a sexual abuse victim can have lasting consequences. Some victims develop deep emotional and psychological scars, leaving them contending with depression, anxiety or PTSD for the remainder of their lives. At the Lovely Law Firm, we are dedicated to helping our clients to hold their abusers accountable for their sexual misconduct. By filing civil lawsuits against the perpetrators, we may help our clients to recover compensation for all of their losses.

What is sexual assault? 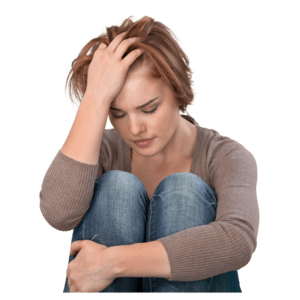 Sexual assaults are batteries or assaults that have a sexual component. They can include penetration, fondling, unwanted touching, rape, attempted rape or intrusion with objects. The U.S. Department of Justice defines the offense as any form of sexual behavior or contact that happens in the absence of express consent. Criminal sexual conduct can lead to criminal prosecution by the state and can also result in civil lawsuits against the perpetrators.

Civil sex assault cases may be prosecuted both criminally and civilly. Criminal sexual conduct does not always result in criminal charges, however. Criminal prosecutors have a very high burden of proof for criminal cases. They must be able to prove all of the elements of a sex assault crime beyond a reasonable doubt before the defendant can be found guilty. In some cases, the victims may wait before they report what has happened to them. They may also have showered, losing potential evidence in the process. Many cases turn on circumstantial evidence and the stories told by the victims and the defendants. Because these cases are notoriously difficult for prosecutors to win, they sometimes are reticent to file criminal charges.

Plaintiffs in civil sex assault cases have a much lower burden of proof. They must prove that they were assaulted by the defendants by a preponderance of the evidence. This means that they must prove that it is more likely than not that what they claim is true. The lower burden of proof in civil claims makes it possible to prevail in a civil sex assault lawsuit even if the defendant is found not guilty in a corresponding criminal prosecution or is not criminally charged. Since civil lawsuits fall under the civil law and criminal cases fall under the criminal law, the civil cases may be filed and proceed at the same time the criminal cases are pending.

Sex assaults can cause many types of injuries, including the following:

Sex assaults can occur in a broad variety of settings. Some of the common types of cases include assaults that have happened in the following places:

Sex assaults at schools or universities

When people visit or attend schools or universities, they have the right to be protected from being sexually assaulted or harassed. When a teacher, student, worker or a third party commits a sex assault at a school or on a college campus, the schools or universities may be liable if they were negligent in allowing the assault to happen.

People are especially vulnerable when they are in medical facilities such as their doctors’ offices, hospitals or nursing homes. Unfortunately, predators sometimes prey on women who are in these places because of their increased vulnerability from their medical conditions. In these types of sexual assault claims, the medical provider or facility may be liable to pay compensation to the victims.

Assaults by other individuals

People may also be the victims of sex assaults that are committed by other individuals, including strangers, family members, acquaintances, friends and others. These types of assault claims may leave the victims with deep feelings of shame or guilt. Some victims of assaults by other individuals may blame themselves for what happened. A sex assault lawsuit that is filed against the abuser may allow the victims to hold the perpetrator accountable for his or her actions even if a criminal case is not filed against the defendant.

People are sometimes sexually assaulted at their workplaces. The perpetrators may include co-workers, clients, customers or supervisors. If you have suffered an assault at your job, we may be able to recover compensation from the perpetrator, your employer and other negligent third parties such as property management firms.

When sexual assaults happen on property that is owned by others, the property owners may be liable. For example, if you were a customer of a store or hotel that had inadequate lighting or security and were assaulted, the store or hotel may be liable. Other examples might include party hosts who over-serve guests, leading to the victims becoming incapacitated and subsequently assaulted.

Like other states, South Carolina has a statute of limitations in place for filing civil lawsuits for sexual assaults. Under S.C. Code Ann. § 15-3-530(5), claims must be filed within three years of when the assault occurred. Under S.C. Code Ann. § 15-3-555, there is a tolling provision, however. People whose cases happened when they were minors have six years to file their claims after they reach age 21. People who later discover that they were injured by sexual assaults have three years from the date of their discovery to file claims.

Contact the legal team at the Lovely Law Firm

While the #metoo movement has brought the problems of sexual harassment and assault to the forefront, many victims continue to suffer in silence because of the emotional trauma that they have experienced. It is important for you to talk to an experienced and compassionate lawyer who understands the issues that victims face.

If you fail to file a claim within the limitations period, you will not be able to recover damages for the losses that you suffered. It is best for you to contact an experienced lawyer at the Lovely Law Firm as soon as possible after the incident. This may help to preserve evidence that might otherwise be lost over time. Contact us today to schedule your consultation so that you can have your potential claim reviewed. (843) 839-4111