Researchers representing the International Agency for Research on Cancer (IARC) issued a definitive conclusion in July 2015 when they reported that glyphosate most likely causes cancer in humans. The research agency is a branch of the World Health Organization (WHO). Glyphosate is the active chemical found in Roundup, an herbicide developed by Monsanto Company for the purpose of killing weeds. The research team concluded that the herbicide is defined as a Group 2A agent. Researchers officially related the herbicide as a cause of non-Hodgkin lymphoma (NHL).

Roundup is used in the United States and other countries more than any other herbicide. Monsanto initially originated and marketed the herbicide during the 1970s. The corporation had an exclusive patent on the product and was the only company manufacturing the herbicide, and related chemicals, until the year 2000.

Headquartered in St. Louis, Missouri, Monsanto is an international corporation focused on agricultural biotechnology. The corporation is responsible for producing more glyphosate than any other company. The corporation has repeatedly failed to make the public aware of the fact that the herbicide causes cancer.

The IARC report is important because it recognizes the fact that the herbicide is a toxic, carcinogenic chemical posing harmful health risks to workers using the ingredient on a regular basis. In spite of the fact that IARC issued an official statement, the corporation continues to manufacture the potentially dangerous herbicide. Representatives of the corporation have stated that the ingredient does not cause any health issues to people.

Official press releases issued by the corporation are dishonest and may cause irreparable harm to people who are exposed to the chemical. Farmers and related workers tend to side with the views perpetrated by the corporation’s representatives. Consequently, countless numbers of workers may eventually contract non-Hodgkin lymphoma. Other diseases related to this type of cancer include:

Victims of the herbicide risk contracting cancer when they spray the chemical and via eating food that has been contaminated with the ingredient. Farmers, landscapers and nursery employees are primary targets. Product liability personal injury lawyers at The Lovely Law Firm want to help victims who have been diagnosed with blood cancer. Manufacturing a product containing a carcinogenic chemical constitutes negligence. 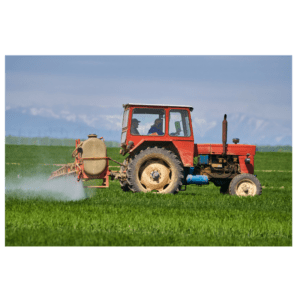 Current Roundup lawsuits allege that the corporation knowingly and willingly continued to manufacture the product without concerns about its general safety. The corporation’s representatives have issued misleading statements so that workers will continue to use the weed killer without harboring any concerns about their health. Personal injury attorneys at The Lovely Law Firm can help victims file lawsuits against the corporation.

It is worthy to note that victims of the weed killer can contract blood cancer via inhaling the chemical or when handling the product without gloves or other types of protective gear. Furthermore, IARC researchers have indicated that the herbicide causes DNA damage in the wombs of humans and animals. This means that pregnant women and animals risk exposing their unborn fetuses to the inherent dangers contained within the herbicide.

Roundup Lawsuits based in California are currently in progress. In addition, victims have filed federal district court cases in various parts of the United States. These filed claims belong to a national lawsuit that includes cases filed in Missouri where the product is manufactured. The national lawsuit claims that workers exposed to the herbicide were unaware of the herbicide’s harmful effects until the IARC released its official scientific report in July 2015.

According to personal injury attorneys involved in these cases, officials knew about the dangers posed by the herbicide for the past 30 years and never acknowledged the product’s potential harm. The corporation’s leaders are guilty of negligence because they decided to refrain from warning people, especially workers experiencing serious exposure, about the dangers.

The manufacturer actually issued statements that the herbicide is a safe ingredient similar to common table salt used by cooks to flavor their culinary creations. Representatives consistently lied and declared that the herbicide posed no significant toxic effects to people and animals. However, researchers know, without any doubts, that the chemical has been officially recognized as a primary cause of lymphoma.

What can victims diagnosed with Non-Hodgkins lymphoma do?

Victims are encouraged to contact The Lovely Law Firm today to set up initial appointments. Potential claimants should file their Roundup lawsuits before the statutes of limitations regarding product liability cases expire. Otherwise, they will forfeit their legal rights to file lawsuits in the future. It is important to remember that a person who has been exposed to the ingredient is not required to pay upfront money to a personal injury lawyer prior to accepting the case.

Victims who have been in frequent contact with Roundup may receive payments for medical expenses related to treating blood cancer, pain and suffering, loss of earnings and possible punitive damages.

A San Francisco jury ordered Monsanto to pay $289 million in damages after the first Roundup lawsuit went to trial. Citing constitutional grounds, a judge lowered the award to $78.5 million. This still remains a significant win fore the plaintiff who was diagnosed with lesions all over his body from his lymphoma.