Top-Rated Acetaminophen Autism Attorneys in South Carolina 💊 Are You Eligible for a Tylenol Autism Lawsuit? 📞 Book a Free Consultation Now 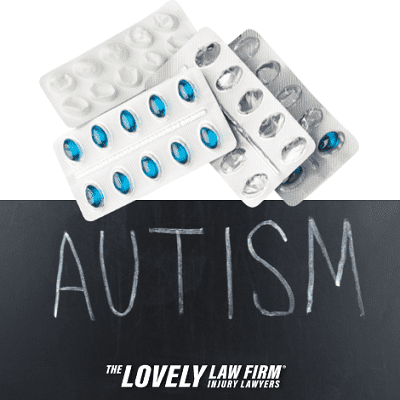 Retail corporations such as Walmart Inc, Costco Wholesale Corp, and more are facing mass tort lawsuits after a recent National Institute of Health study suggested that consuming acetaminophen during pregnancy may cause autism.

Recently, a federal judicial panel ruled to create a mass tort litigation stating that retail corporations failed to notify and warn consumers, doctors, and others that ingesting acetaminophen during pregnancy can cause autism spectrum disorder as well as attention deficit hyperactivity disorder in children.

Even though this information produced by the National Institute of Health is relatively new, the evidence is hard to ignore. St. Louis’ Judicial Panel on Multidistrict Litigation consolidated 18 lawsuits for pretrial proceedings before U.S. District Judge Denise Cote in Manhattan.

During its meeting on Thursday, the panel sent another 48 cases to the newly formed multidistrict litigation, stating that all of the cases had similar scientific and legal questions underlying each case.

The lawsuits allege that retailers failed to warn pregnant women about the neurological risks associated with Tylenol products. Therefore, our attorneys at The Lovely Law Firm Personal Injury Lawyers are reviewing Tylenol and acetaminophen autism lawsuits for parents throughout the state of South Carolina.

Due to the increasing prevalence of autism and ADHD and the popularity of acetaminophen, we have predicted that thousands, if not hundreds of thousands, of similar lawsuits, will eventually be filed. If successful, and with the help of an attorney, the victims may receive jury payouts and settlement amounts. Mass tort lawsuits can quickly become difficult to navigate and understand without the assistance of a dedicated and diligent acetaminophen autism lawyer.

To learn more about how The Lovely Law Firm can assist those with questions or concerns pertaining to the acetaminophen autism lawsuits, contact us today for a free case consultation.

A study conducted by Xiaobing Wang, M.D., of the Johns Hopkins University Bloomberg School of Public Health on behalf of the National Institute of Health, has revealed a link between the use of acetaminophen during pregnancy and autism. Essentially, the study states exposure to acetaminophen in the womb may increase a child’s risk for ADHD and autism spectrum disorder (ASD). However, many are still scratching their heads about how the science provided in this study proves the connection between acetaminophen and autism.

Here’s how they explain it.

Hyperactivity and impulsive behavior are hallmarks of attention-deficit/hyperactivity disorder (ADHD). An autism spectrum disorder (ASD) is a complex developmental disorder that affects a person’s behavior, interactions with others, and ability to learn.

A study examining factors influencing pregnancy and child development was conducted by researchers analyzing data from the Boston Birth Cohort.

Umbilical cord blood samples were collected from 996 births and acetaminophen as well as two of its byproducts were measured in each sample. By the time the children were an average of 8.9 years old, 25.8% had been diagnosed with ADHD alone, 6.6% with ASD alone, and 4.2% with both ADHD and ASD. Acetaminophen and its byproducts were classified into thirds by the researchers, from lowest to highest levels.

Tylenol Autism Lawsuits: Who Can File?

As one of the most popular over-the-counter painkillers and high fever reducers, Tylenol (acetaminophen) has been linked with an increased risk of autism spectrum disorder, attention deficit hyperactivity disorder (ADHD), and other developmental disorders in pregnant women.

With this news and subsequent lawsuits that have initially been filed, many who have been diagnosed with or have children who have been diagnosed with ASD or ADHD are wondering whether or not they are eligible to file for the mass tort lawsuit as well. Individuals may be eligible to file a Tylenol autism ADHD lawsuit/acetaminophen autism claim if they or a loved one used an acetaminophen product during pregnancy, and the child was subsequently diagnosed with ADHD or autism spectrum disorder (ASD).

Springer v. Costco Wholesale Corp. (0:22-cv-1532) was filed in the District of Minnesota on June 8, 2022, as one of the 47 Tylenol autism lawsuits initially transferred to the new MDL.

In this case, Courtney Springer, a Minnesota woman, filed a lawsuit on behalf of her minor child. During her pregnancy, the plaintiff purchased generic acetaminophen from Costco, which is the sole defendant named in the case. Springer’s Complaint alleges that acetaminophen has been marketed to pregnant women as the only “safe and appropriate” pain reliever to use during pregnancy. As a result of these general allegations, scientific evidence supports the claim that acetaminophen interferes with fetal brain development.

In her lawsuit, she emphasizes what is at the heart of every Tylenol lawsuit: no warning label suggested a risk of autism. In May 2017, Springer gave birth to a daughter. The daughter of Springer was diagnosed with autism spectrum disorders at 18 months of age.

Costco is accused of knowing or should have known the link between acetaminophen use during pregnancy and autism but continues to sell its Kirkland brand generic Tylenol without any warnings about that link.

This is the general allegation underpinning all of these claims in this Tylenol lawsuit.

Are You Eligible for an Acetaminophen Autism Settlement?

If you think you could have been affected by this newly studied potential link between acetaminophen use during pregnancy causing autism spectrum disorder as well as attention deficit hyperactivity disorder in children, The Lovely Law Firm is here to help.

The first step to determining whether you have a case is to book a free consultation with one of our acetaminophen autism attorneys here at The Lovely Law Firm.

Walmart Inc and Costco Wholesale Corp aren’t the only companies facing mass tort lawsuits, there will be more. A federal judicial panel ruled to create a mass tort litigation stating that retail corporations failed to notify and warn consumers, doctors, and others that ingesting acetaminophen during pregnancy can cause autism spectrum disorder as well as attention deficit hyperactivity disorder in children.

Our team of personal injury product liability attorneys at The Lovely Law Firm are standing by ready to help. We’ll answer all of your questions and help you learn more about your rights as a consumer.

Reviews of Our South Carolina Injury Attorneys on Google

“Special thank you to Sharde Crawford and entire Lovely Law Firm staff for exceeding my expectations. After calling many attorneys that denied to take on my case, The Lovely Law Firm gave it a go. Not only did they call and keep me updated with the entire process, they did it quickly, efficient, and made it an absolute ease for me the entire time. Not only did they do an exceptional job, they surpassed what I even thought was possible by reaching the max level on each of my claims; helping me in so many ways. They really are a God send- and I’m super thankful for all of their hard work! Would highly recommend!!”

We’re proud of our team’s hard work, resulting in a 4.9 out of 5 rating on Google