Opioid drugs are prescribed for pain, but they are highly addictive and can cause overdoses, fatalities, and birth defects. The National Institute on Drug Addiction reports that an estimated 49,068 deaths from opioids happened in 2017 out of a total 72,000 drug overdose deaths. The number of opioid-related deaths has sharply increased from under 10,000 in 2002.

Opioids are effective drugs for treating pain, but their addictive potential can lead to abuse, tolerance, and severe withdrawal symptoms. Despite the risks and dangers of opioid prescriptions, drug manufacturers have actively engaged in a campaign to push doctors to prescribe them to their patients. In some cases, the companies have minimized the addictive potential and side effects of these drugs in an effort to increase profits.

The results of these actions have included an epidemic of addiction and overdoses. Many women who are prescribed narcotic pain medications shortly before they become pregnant or within the first three months of their pregnancies have also given birth to babies with serious birth defects. If you have lost a loved one or have had a baby with serious defects caused by opioid medications, you may have legal rights. The attorneys at our Myrtle Beach, South Carolina law firm can analyze the facts and circumstances of your potential opioid lawsuits claim and provide you with an honest and fair assessment.

What is an opioid? 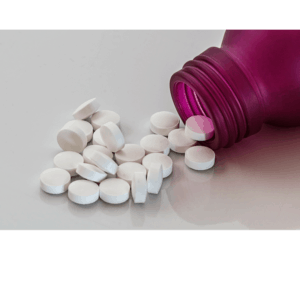 Opioids are a class of drugs that are powerful pain relievers. The drugs bind to pain receptors in the central nervous system so that pain signals are blocked. While these drugs do have medical uses, they also are highly addictive and can cause overdoses and fatalities. When these drugs are misused, people may suffer slowed respirations, cardiovascular issues, cognitive problems, and psychological issues. During overdoses, the respiration may slow and stop altogether, leading to death.

The Mayo Clinic reports that even short-term use of opiates can result in addiction. The drugs are addictive because of the effects that they have on the brain. These drugs cause endorphins to be released, which are chemicals that reduce pain while increasing feelings of pleasure. Because of the actions of the drugs on the pleasure centers of the brain, they can quickly lead to abuse. People may also struggle to recover from their addictions to opiates because the drugs cause severe withdrawal symptoms.

Impact of opioids on pregnant women and fetuses

A neural tube defect is a defect of the spinal cord, spine, or brain. Some of these types of defects include spina bifida, anencephaly, and Chiari malformation, which occurs when some of the brain tissue develops inside of the spinal cord.

A congenital heart defect requiring surgery is also a common defect that is found in women who use opiates during pregnancy. A congenital heart defect requiring surgery because of opiate exposure may include hypoplastic left heart syndrome and defects to the ventricular or atrial septums. Brain damage is also common in babies who are born after being exposed to opiates during their mothers’ pregnancies.

Understanding teratogens during the first three months of pregnancy

The first three months of pregnancy are crucial for the healthy development of infants. When women are prescribed opioids within a month of becoming pregnant or during the first three months of their pregnancies, their infants may suffer severe defects. During this early period of pregnancy, the brain, spinal cord, spine, and heart develop. Substances that have a deleterious impact on the developing fetus during pregnancy are called teratogens.

Teratogens such as opiates have the most negative impacts when they are taken within the first three months. A fetus that is exposed to opioids during this crucial period is much likelier to develop a neural tube defect, impacting the developing of the brain, spinal cord, spine, and heart. One severe type of neural tube defect is anencephaly. Babies who are born with this defect do not have skulls or brains that have developed. They often are stillborn or die shortly after birth.

Lawsuits against the drug companies

Families of victims who have overdosed and died after taking opioids and those whose children have been born with serious congenital defects that resulted from exposure to opiates during pregnancy have filed opioid lawsuits against drug manufacturers and doctors across the nation. Drug manufacturers covered up information about the addictiveness of these drugs and engaged in aggressive campaigns to get doctors to prescribe them. The manufacturers encouraged doctors to prescribe these powerful drugs on an ongoing basis to treat chronic pain despite the fact that they should only be used to treat short-term, intense pain.

Doctors have also prescribed excessive amounts of these medications to some patients, and pharmacies across the country have ordered huge shipments and filled prescriptions for these drugs when they should have known that the amounts that were being prescribed were excessive. All of these actions have resulted in lawsuits because of the devastation that they have caused to families.

The types of damages that might be available to you will depend on the facts and circumstances. In addition to these compensatory damages, punitive damages may also be available. These are damages that are imposed in order to punish defendants that have engaged in particularly outrageous or egregious actions.

If you have lost a loved one or have had a child who was born with defects caused by in-utero opiate exposure, it is important for you to get help from a dangerous drug lawyer. These Opioid Lawsuits are highly complex and may require extensive investigation and help from experts. Juries may sometimes also tend to blame the victims for their addictions and be reticent to award compensation. Knowledgeable and experienced lawyers may understand how to build strong cases and present the evidence in a way to overcome the potential biases that juries might have. To learn more, call our Myrtle Beach, South Carolina office to schedule a confidential analysis of your claim.