What You Should Know About Xarelto Litigation

Myrtle Beach Xarelto lawsuits are being filed everyday. What should you look for if you are a Xarelto user? 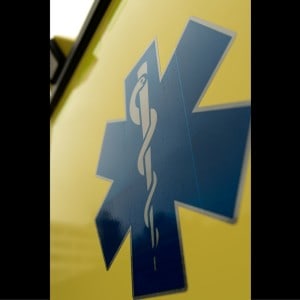 Xarelto (rivaroxaban) is one of the newest blood thinners on the market today and was marketed as a better alternative to Coumadin (warfarin), which has been used for blood clots for half a century. Developed by Bayer and manufactured by Jannsen Pharmaceuticals (a subsidiary of Johnson & Johnson), the drug is designed to prevent blood clots, which can prevent blood from flowing to organs. Xarelto is commonly prescribed for individuals who have had a knee implant or hip replacement, as well as those with deep vein thrombosis, pulmonary embolism, and possibility of stroke due to atrial fibrillation.

What Complications Has Xarelto Caused?

Due to the large number of claims initiated against Johnson & Johnson, Xarelto cases were consolidated into a multi-district litigation (MDL) No. 2592 was created in December of 2014 in the United States District Court for the Eastern District of Louisiana. Overseen by Judge Eldon Fallon, thousands of claims have already been filed under this MDL, and trials related to the case are expected to begin in the fall of 2016.

As with any case, settlement is a possibility in the Xarelto litigation. The case is similar to the litigation that took place with Pradaxa, where manufacturer Boehringer Ingelheim entered into a $650 million settlement agreement to resolve the 4,000 cases that were filed after complications with the drug.

I’m Experiencing Complications from Xarelto Usage—What Should I Do?

If you or a loved one have experienced complications following the use of the prescription drug Xarelto, the Mass Tort Team at the Lovely Law Firm is here to help you obtain the compensation you deserve. Your case will be personally handled by Justin Lovely. To schedule a case evaluation to determine whether you may be entitled to pursue a settlement for bleeding problems caused by Xarelto, call 843-839-4111.