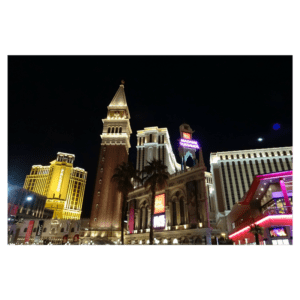 If you or someone you know was impacted by the Las Vegas shooting at the Route 91 Harvest festival, you could be entitled to legal compensation for your losses. The injured victims were not just from Las Vegas. Victims traveled from different states, including South Carolina. The shooting affected many people and caused a wide range of serious injuries and long-term fallout:

Many concert goers gathered at the Route 91 Harvest Festival from all over the United States. 58 people were tragically killed. 700 were injured. Hundreds more suffer or will suffer from PTSD from witnessing the event. Learning about personal injury and wrongful death cases is a good starting point when your goal is to pursue justice. Taking care of the medical bills and other expenses related to a shooting can take a toll on anyone, but a passionate legal team can fight for your rights in court.

Before you take another step forward, review personal injury cases and how the court views them so that you will know what to expect if you act. People and companies have a responsibility not to put others in harm’s way or in compromising situations. Those who fail to live up to that obligation can find themselves on the wrong side of a lawsuit. Collecting compensation for your losses requires you to demonstrate that the defendant knew or should have known that a threat was present and failed to address it.

Other people reporting a problem is enough to bring it to the defendant’s attention, and failing to correct the issue is negligent behavior. The case starts when someone files a lawsuit and gets the legal system involved in the process. Both sides will review the evidence and decide if they can work out a settlement agreement without going to court. If the parties are unable to reach an agreement, the case will go to trial, and a judge or jury will decide the outcome.

If one of your family members died at the Las Vegas shooting, you could have grounds to file a wrongful death lawsuit. These cases can get complex as they progress, and most people don’t know how they should respond. Winning such cases means you need to prove that your family member’s death is the result of negligence or criminal intent. You also need to demonstrate that the loss of your loved one has caused you to face financial hardship. For example, you likely have a strong case if your loved one paid some or most of the bills before dying.

The compensation you receive will help you take care of your financial obligations and the cost of the funeral. Not only can you get help with the expenses related to the loss of your loved one, but you can also seek punitive damages. The courts award punitive damages to discourage other people or companies from engaging in malicious or negligent behavior that could take someone’s life. Since everyone deserves to be safe from the unthinkable, it’s vital you do your part to make the world a safe place for everyone, and taking legal action gets the job done.

Steps Mandalay Bay Could Have Taken

Now that you understand the elements required to seek compensation, take a look at some of the things Mandalay Bay could have done differently to prevent the tragedy. Before he could engage in the shooting, Stephen Paddock took several suitcases to his room, containing 32 firearms. In addition to the weapons, paddock also brought surveillance equipment to his room so that he could spot anyone trying to interrupt his plan.

Paddock then set up cameras in his room and the hallway of his floor to keep an eye on other people in the area. For three days before the shooting started, he left the do-not-disturb sign on his door to keep hotel staff out. Those who worked at the hotel could have noticed the red flags and contacted the police to conduct an investigation. Also, equipping the windows with alarms would have let the staff detect that something was out of place.

Steps Route 91 Harvest Could Have Taken

You will now explore how the Route 91 Harvest festival could have taken steps to reduce the harm and decrease the fallout. Several shootings had already occurred in the months leading up to the shooting in Las Vegas, and a lot of companies in the entertainment industry had taken steps to protect the public from harm. They have implemented security cameras, metal detectors, evacuation plans and more to keep crowds safe from the unthinkable.

The Route 91 Harvest festival, however, did not have a plan in place when the shooting occurred. Some people did not even know they were in danger when the shooting started, and others were confused because they did not know what to do. While trying to take cover, many people were trampled or got cut trying to climb fences to get out of the line of fire. If Route 91 Harvest had taken the time to create an evacuation plan, it could have prevented a lot of the additional injuries.

How a Lawyer Can Help

If the Vegas shooting injured you or someone you know, call us. Your attorney will review the facts and gather evidence to determine the strength of your case. The legal team you enlist will then look at your medical records and add up the financial and emotional losses you have faced along the way.

Speaking with the other parties and trying to work out an attractive settlement is always a part of the legal process, and your lawyer will strive to get you the best deal possible. If you are not happy with the settlement, your lawyer will stand by your side and zealously defend your rights in the courtroom.

If you or someone you love have received gunshot injuries or PTSD following the Vegas shooting, contact our law firm right away. We are looking at potential victim’s claims in South Carolina and nationally. You have already had enough stress, so let our team deal with the legal battle and fight for you. 843-839-4111