Gunshot Injuries | Is there anyway I can recover money damages from the gunowner or homeowner?

According to a 2015 study that was published in the journal Preventive Medicine, more than 67,000 people are injured 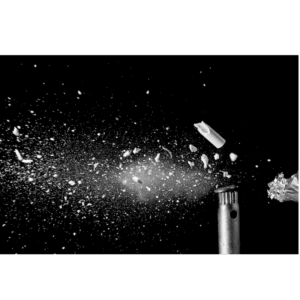 and 32,000 are killed each year by gunshots.[1] A study that was published in the journal Pediatrics[2] in 2017 found that 5,790 children are treated for gunshot injuries and 1,300 are killed by guns every year.[2] Many of these incidents are preventable and include intentional shootings, self-harm incidents, and accidental shootings. In some gunshot injury or fatality cases, several parties might be liable to pay compensation to the victims or the families of people who are killed.

Not all gunshot cases will lead to liability. For example, if an accidental discharge of a gun happens when the gun owner had taken all of the precautions such as safely storing and locking the gun, the gun owner may not be liable. Police officers who shoot others while they have a reasonable fear that they are in imminent danger may also avoid liability. However, there are certain instances when a number of different parties might be liable for personal injury or wrongful death cases involving shootings.

Gun owners may be liable to pay damages for gun injuries or deaths in several scenarios. Gun owners who failed to keep their guns safely locked and stored may be liable if children or others in the home get the guns and use them to shoot others either accidentally or intentionally. Gun owners may also be liable in cases in which they injured or killed others while handling their guns in an unreasonably unsafe manner. This might include situations in which the gun owners handled their guns after they had consumed alcohol or when they hand their guns to others that do not have the safety lock engaged.

In one recent case that happened in March 2018, a reserve police officer and teacher accidentally discharged his gun during a public safety class at a high school in California.[3] The teacher shot the gun into the ceiling, causing falling debris to strike a 17-year-old student in the neck. While the boy was not shot, he was injured because of the negligent discharge of the firearm by the instructor. Many less sensational cases happen every year when children or teens are able to access guns that they find in their homes or in the homes of others that have not been properly secured, leading to injuries, deaths, and the potential liability of the gun owners.

According to the Children’s Hospital of Philadelphia Research Institute, 89 percent of children who are killed in unintentional shootings are at home.[4] Some of these deaths occur to children while they are visiting the homes of their friends, and most of these tragic accidents happen while the children are playing with their parents’ guns. When a person is injured or killed in an accidental shooting while visiting the home of someone else, the homeowner may be liable if the homeowner failed to lock up and secure the weapon in a safe manner. Homeowners who fail to secure their guns may also be liable if a child takes the gun elsewhere and injures or kills another person with it.

Shooters who negligently or intentionally shoot others may be liable in gunshot injury cases. However, there are some instances where a person who intentionally shoots another may not be liable. For example, if a person shoots someone who has broken into his or her home at night, it is unlikely that the shooter will be liable if the intruder files a lawsuit against him or her. Police officers who are exercising reasonable force when they discharge their firearms may also not be liable for gunshot injuries.

Some examples of when a shooter may be liable for gunshot injuries or fatalities include the following:

The Protection of Lawful Commerce in Arms Act is a federal law that was passed in 2005 and signed into law by former President George W. Bush.[5] The law grants broad immunity to members of the gun industry, including manufacturers and sellers. However, there are six exceptions to the immunity, including the following:

Most individuals who are injured by guns will only have potential claims against the manufacturers if the guns that discharged were defective. They might also have the legal basis for claims against sellers who failed to conduct the required background checks or who transferred guns to people despite knowing that they had disqualifying convictions or mental disabilities that prohibit them from buying or possessing guns.

What about the store that sold the gun?

If a gun store or gun dealer does not perform the required background checks the law requires before selling the firearm, the store may be held liable for the gunshot injuries caused by the shooter. The gun dealer or store has a duty to follow the federal regulations when performing background checks. If they do not follow the rules the results can be devastating. It is important that the law firm handling the injury case researches this issue to determine if liability can be placed on the store itself fro negligence in performing a required background check.

If the incident happened in the home of another person, a part of the investigation may include whether the homeowner had an umbrella policy in addition to the liability coverage offered through his or her homeowner’s insurance. Umbrella policies offer additional liability protection above and beyond the policy limits of the homeowner’s insurance policy. Umbrella policies normally begin with a liability amount of $1,000,0000 and go up from there. Identifying any existing umbrella coverage is important because the potential losses from shootings can be substantial. A homeowner’s umbrella policy might help to ensure that a victim or the family of a person who was killed may recover compensation in an amount that is sufficient to cover their noneconomic and economic losses.

Millions of Americans own guns. Gunshot injuries are preventable. While firearms are a part of American life, it is important for gun owners to handle them with the proper respect that they deserve. Gun owners should take gun safety training courses so that they know how to properly handle their guns. Any homeowner who has children who live in the home or who visit the home should also make certain to properly store the guns and ammunition. Guns should be kept unloaded and locked in gun safety cabinets, and the ammunition should also be locked separately from the guns. There are many different gun safety devices that can be used, depending on the type of gun that you might have.[6]

What to do after gunshot injuries

If you or your loved one have suffered a gunshot injury because of the negligent or intentional conduct of others, it is important to consult with an experienced personal injury lawyer to learn more about the recovery rights that you might have in a personal injury or wrongful death claim. An attorney may identify all of the potential parties who might be liable as well as the sources of recovery that might be available to you. Contact us today to schedule a confidential evaluation of your potential claim.