Essure Lawsuits may provide compensation for your birth control injury- Did the device fail?

Do you have a case? Time is running out on these claims. We are investigating these to file on your behalf. The injuries found by this device are below.

If these symptoms are happening to you, call us to review your file. We are looking into women who were implanted with the Essure device prior to 10-31-2016. Removal of the device or a hysterectomy. We also have a statute of limitation issue with these cases, so the explant or removal must have been within the last 2 years. 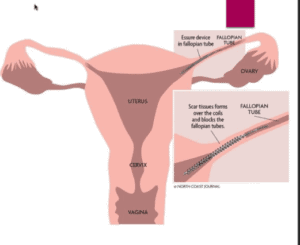 Essure lawsuits are filed after the failure of the device or complications created by the Essure device.

Many women choose to undergo permanent birth control procedures at some point in their lives. Women who choose permanent birth control likely do so while they believe that the procedure will be safe and effective. Unfortunately, some procedures that are used for permanent birth control solutions such as Essure ® have instead caused dangerous complications and side effects in thousands of women. If you have suffered a serious injury because of your implant, it is important for you to consult with one of our experienced injury lawyers to learn more about the rights that you might have with an Essure lawsuit.

This device is a reversible form of permanent birth control that was first approved by the U.S. Food and Drug Administration in 2002. During the procedure, flexible inserts are inserted into both of the Fallopian tubes of the women. The inserts consist of synthetic fibers that surround a metal coil structure with an expanding outer coil that is made out of nickel and titanium. After the insertion, scar tissue forms around the metal portions of the inserts to create a physical barrier to sperm so that pregnancy is prevented. This form of birth control does not use any hormones and has been marketed to women who wanted a non-hormonal and reversible form of permanent birth control without having to undergo hysterectomies or tubal ligation. Unfortunately, the birth control system has been shown to cause severe complications, up to and including death.

Birth control side effects from this system

According to the FDA, the agency received 26,773 reports about this birth control device. The reported problems included all of the following issues:

In addition to these problems, the agency reported it also received complaints about much more serious complications, including the following:

The reported birth control side effects can be severe and include a birth control injury including perforations of fallopian tubes or the uterus, ectopic pregnancies, serious allergic reactions because of patient incompatibility and severe pain caused by device breakage or migration.

This permanent form of birth control was initially developed and released by Conceptus, which was purchased by Bayer in 2013 and is a wholly owned subsidiary of the company. On Feb. 29, 2016, the FDA issued a press release announcing that it had called for Bayer to conduct post-clinical studies of the safety and efficacy of the device after receiving thousands of complaints of complications and injuries from women. Bayer announced that it would no longer sell its permanent birth control device outside of the U.S. in Sept. 2017. In April 2018, the FDA announced that it had ordered Bayer to restrict sales and distribution of the device because of problems of women receiving the implants without being properly informed about the potentially severe side effects and complications that they might suffer. Bayer notified the FDA in July 2018 that it would discontinue sales of its permanent birth control device as of Dec. 31, 2018.

According to a report in Bloomberg, more than 16,000 women in the U.S. have filed lawsuits against Bayer as of July 2018 because of complications that they have suffered from the permanent birth control system. Thousands of cases against Bayer are pending across the U.S. with the greatest numbers filed in California, Pennsylvania, and Missouri. The plaintiffs in the cases have alleged a number of different claims, including that Bayer failed to warn women adequately of the potential complications and side effects of the device as well as hiding information about adverse reports that the company had received. Other allegations include that Bayer failed to provide proper training to doctors and encouraged doctors to sell the device to women.

Lawsuits against the manufacturers of dangerous and defective medical devices may be filed under one or more theories of liability that fall under the umbrella of products liability. The manufacturers and designers of defective medical devices may be liable to pay damages when people are injured because of a design defect, a manufacturing defect, or a marketing defect. In the case of these birth control devices, many of the cases are proceeding under claims of marketing defects because of inadequate warnings and failures to warn about the potential dangers of the medical device. The lawsuits also allege that the device is unsafe and that Bayer is responsible for manufacturing and releasing a dangerous medical device to the public. If you have been injured by this permanent birth control device, an attorney who is experienced with handling complex dangerous medical device claims may identify the particular theories of liability that might apply in your individual claim.

The Essure ® permanent birth control device has caused severe injuries to thousands of women since it was first released in the U.S. market. Women who have suffered serious injuries because of these devices and the families of women who have died as a result of receiving them may have legal rights. Because products liability claims against medical device and drug manufacturers can be extremely complex, it is crucial for injured victims and the families of women who have died because of this dangerous device to get help from experienced birth control injury lawyers.

Large multinational corporations like Bayer have teams of in-house attorneys who are prepared to aggressively litigate against lawsuits that are filed against the company. An experienced lawyer may understand how to investigate these cases and might anticipate the potential defenses that the company might raise so that they can be effectively countered. To learn more about the rights that you might have in your potential claim, contact an attorney today for an evaluation of your case.