A six-year-old in Mobile, Alabama is fighting for his life following an attack by a pit bull. Andrew Bulger is hospitalized at the UAB Children’s Hospital in Birmingham after being transferred from a local hospital, and is in critical condition after undergoing his third surgery in two days. 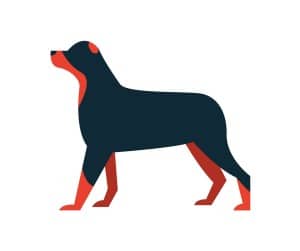 The attack occurred at a home in Wilmer, Alabama, where the pit bull was chained in the yard. The dog broke off of its chain and grabbed Bulger by the throat, lifting the child into the air and shaking him.

Mobile County officials released a statement that the dog is in the custody of animal control, where it will be held for ten days for observation. It is still to be determined whether the dog will be euthanized or returned to his owner, and whether the dog’s owner will face any charges.

We at The Lovely Law Firm would like to extend our thoughts and prayers to the Bulger family during this trying time.

Liability for Injuries Caused by a Dog

A dog owner’s liability is covered by section 47-3-110 of the South Carolina Code. Specifically, a dog owner in South Carolina may be held liable for injuries if two criteria are met:

South Carolina follows the rule of “strict liability” regarding dog bites, which means that the owner of the dog is liable regardless of whether the owner knew that the dog would attack the individual. In other words, an owner is liable for injuries sustained by a dog attack even if he or she had no prior knowledge that the dog was aggressive.

Following an attack, the dog will be quarantined for ten days to be observed for signs of rabies, where animal control will determine whether the dog should be euthanized or returned to its owner.

An individual who has been attacked by a dog can initiate a personal injury lawsuit against the owner of the dog seeking compensation for costs related to the injuries. Such damages can include:

If you or a loved one has been injured in a dog attack, the dedicated personal injury attorneys at The Lovely Law Firm are here to assist you. To schedule a case evaluation at no charge, please call (843) 839-4111.