While any charge of driving under the influence is serious, a felony DUI charge is a matter that can carry particularly large consequences. From revocation of a driver’s license to potential jail time, such a charge can be extremely disruptive to one’s life. This article provides an overview of felony DUI, 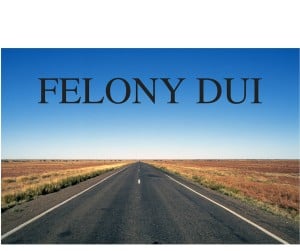 including what raises the charge to the level of a felony and what penalties accompany such a conviction.

In South Carolina, it is against the law to operate a vehicle with a blood-alcohol concentration (BAC) of 0.08% or higher. An individual can be charged with a felony DUI when he or she causes serious bodily injury or death while driving under the influence. “Great bodily injury” is defined in South Carolina as “bodily injury which creates a substantial risk of death or which causes serious, permanent disfigurement, or protracted loss or impairment of the function of any bodily member or organ.”

An individual can also be charged with felony DUI if charged for a fourth or subsequent offense.

Penalties for felony DUI convictions are dependent on whether an injury or death occurred while operating the vehicle while under the influence. With each outcome, the driver faces mandatory minimum penalties, which means that the penalties may not be suspended, and probation may not be granted to reduce the sentence.

In cases where great bodily injury has occurred, an individual convicted of a felony DUI will face between 30 days and 15 years in jail. In addition, the individual must pay a fine between $5,100 and $10,100.

Individuals who have been convicted of a fourth or subsequent offense of driving under the influence will face a prison sentence between one and five years, along with a fine determined by the court.

If you or a loved one have been charged with a felony DUI, it is critical to contact a criminal defense attorney as soon as possible. The experienced criminal defense attorneys at the Lovely Law Firm are here to assist you with your case and fight for the best possible outcome. To schedule a case evaluation at no charge, please call (843) 839-4111.

Scott Foster was a competitive cheerleading coach who comitted suicide last month after allegations of sexual abuse were made public. His training center, Rockstar Cheer, was home to 14 all-star cheerleading teams. Located in Greer, the gym is referred to as Rockstar Cheer Greenville.   The snowballing allegations around Rockstar Cheer and Dance Inc. hit a significant new milestone Sept. 15, when six former coaches were accused of sexual abuse in an amended federal lawsuit.   Join Attorneys Justin Lovely and Amy Lawrence along with Host Rainee Romero as they discuss this shocking case.