What are the Field Sobriety Tests the Officer will use to build his DUI case against you?

Nystagmus is an involuntary jerking or bouncing of the eyeball that occurs when there is a disturbance of the vestibular (inner ear) system or the oculomotor control of the eye. Horizontal gaze nystagmus (HGN) refers to a lateral or horizontal jerking when the eye gazes to the side. In the impaired driving context, alcohol consumption or consumption of certain other central nervous system depressants, inhalants or phencyclidine, hinders the ability of the brain to correctly control eye muscles, therefore causing the jerk or bounce associated with HGN. As the degree of impairment becomes greater, the jerking or bouncing, i.e. the nystagmus, becomes more pronounced. This is assessed in the horizontal gaze nystagmus test.

The horizontal gaze nystagmus test is one of three field sobriety tests that comprise the standardized field sobriety test (SFST) battery (the other two tests are the walk-and-turn test and the one-leg-stand test). Scientific evidence establishes that the horizontal gaze nystagmus test is a reliable roadside measure of a person’s impairment due to alcohol or certain other drugs.
Walk-and-Turn

The Walk-and-Turn test and One-Leg Stand test are “divided attention” tests that are easily performed by most unimpaired people. They require a suspect to listen to and follow instructions while performing simple physical movements. Impaired persons have difficulty with tasks requiring their attention to be divided between simple mental and physical exercises.

In the Walk-and-Turn test, the subject is directed to take nine steps, heel-to-toe, along a straight line. After taking the steps, the suspect must turn on one foot and return in the same manner in the opposite direction. The examiner looks for eight indicators of impairment: if the suspect cannot keep balance while listening to the instructions, begins before the instructions are finished, stops while walking to regain balance, does not touch heel-to-toe, steps off the line, uses arms to balance, makes an improper turn, or takes an incorrect number of steps.
The One-Leg-Stand

In the One-Leg Stand test, the suspect is instructed to stand with one foot approximately six inches off the ground and count aloud by thousands (One thousand-one, one thousand-two, etc.) until told to put the foot down. The officer times the subject for 30 seconds. The officer looks for four indicators of impairment, including swaying while balancing, using arms to balance, hopping to maintain balance, and putting the foot down.

From the moment a police officer stops your car and walks up to the window, they are trying to collect evidence to prove that you are impaired.

A SC DUI conviction – or even a charge – can be disastrous, so the last thing you want to do is voluntarily give the police evidence. So, it’s important to understand what roadside sobriety tests are, how they can be used against you, which ones are admissible in court, and whether you are obligated to take them. 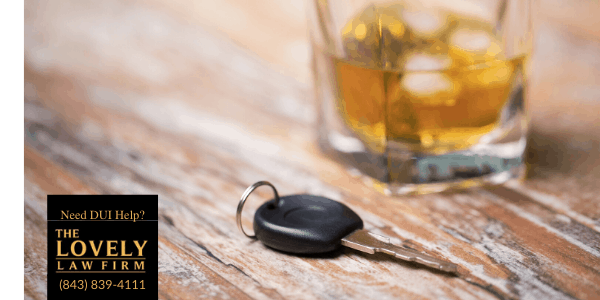 There are only three field sobriety tests that have been approved by the National Highway and Traffic Safety Administration (NHTSA) – that is why they are called the “standardized field sobriety tests,” or SFSTs. After extensive testing (with sometimes dubious results), NHTSA has approved the tests described above.

Are the SFSTs Reliable?

The “grading” of SFSTs is subjective – the officer can easily determine that you are intoxicated and, unless the entire process is recorded, a jury has no way of knowing if you truly “failed” the test. By the way, officers are not allowed to refer to SFSTs as a “test” that you “passed or failed” in court.

There are a number of eye diseases could cause someone to fail the HGN test – officers are not doctors, and most have no idea whether nystagmus is caused by intoxication or some other eye condition.

Injury, disability, obesity, vertigo, old age, or any of a number of conditions can account for a person’s inability to complete the walk and turn or to stand on one leg for prolonged periods of time.

Cross-Examining the Officer On the SFSTs

Here’s a thought – what if your attorney asks the officer to give the SFST instructions to the jurors and then to demonstrate the tests for the jurors.

Why? Because the officer has probably done these tests and given these instructions hundreds of times. They have had a lot of practice and they are probably in good physical condition – let the jurors see this.

Also, you are likely to have older jurors, obese jurors, and jurors who have physical limitations. Your attorney can:

You would be surprised how many jurors are unable to complete the test – when they realize, from their own experience, that the test is a sham, they are more likely to discount testimony about your performance on the tests.

Can the Officer Ask Me To Take Other Field Sobriety Tests?

The HGN, WAT, and OLS are the only tests approved by the National Highway Traffic Safety Administration. Other tests are not authorized unless there is some reason the suspect can’t complete the three standardized tests due to physical limitations (officers often ignore this caveat from their training).

Other field sobriety tests that were common before NHTSA got involved include:

If you have been charged with a Myrtle Beach DUI, then you were likely put through DUI Field Sobriety Tests. The officer asked you to step out of the car and perform these tests. You were then charged with DUI and find yourself here today. We realize this is a stressful time in your life and we are ready to defend your Myrtle Beach DUI charge. There are defenses to DUI cases available depending upon your unique factual situation. No DUI charge is the same in Myrtle Beach or Conway. The same officer can pull someone over for DUI in Myrtle Beach and later in Conway, SC for DUI and perform two totally different roadside test methods. Contact Us to discuss your set of facts.