An Overview of Defective Hip Implants 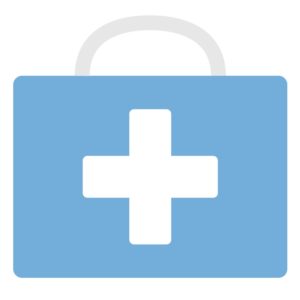 Receiving an artificial hip implant should be a liberating experience that allows a person to walk more easily and become more independent. When complications arise from a defective hip implant, however, the surgery can sometimes cause more problems than it solved.

What Complications Can Arise from Defective Hip Implants?

Because everyone can react differently to complications from surgery, you may experience a multitude of different problems after receiving a defective hip implant. However, more common complications of defective hip implants include:
• Corrosion of the metal that the hip implants are made from, leading to fragments of metal leaching into the bloodstream
• Allergic reaction to the metal particles that wear off of the hip implant
• Pain or inability to walk
• Dislocation of the hip
• Bone fractures
• A need for a second surgery to correct the issue

If you received an artificial hip implant and have been experiencing complications, then you may be entitled to compensation.

What Compensation Can I Recover for My Defective Hip Implant?

If you are successful in a claim against the manufacturer for a defective hip implant, you may be able to receive compensation for your experience, including:
• Past and future medical bills
• Pain and suffering (both physical and emotional)
• Lost wages and loss of earning capacity
• Punitive damages, meant to punish the manufacturer for its actions

Thousands of lawsuits have been filed against the manufacturers of defective hips, and many have been consolidated into multi-district litigations (MDLs). Claims against Stryker Corporation have been combined into MDL 13-2441, which is being overseen by The Honorable Donovan W. Frank in the District of Minnesota. Meanwhile, claims against DePuy Orthopaedics have been consolidated into MDL 2197, and is presided over by The Honorable David A. Katz in the Northern District of Ohio.

Compensation in these cases can be very large—in November of 2014, Stryker Corporation agreed to pay more than $1 billion in order to resolve the thousands of lawsuits brought against the company. Furthermore, Johnson and Johnson, the parent company of DePuy Orthopaedics, agreed to pay over $2.5 billion to settle claims stemming from defective hip implants. In a preliminary trial, Johnson & Johnson was ordered to pay $502 million for its defective Pinnacle hip implants.

If you or a loved one has experienced complications from a hip implant and you believe that the implant may have been defective, the Mass Tort Team at the Lovely Law Firm is here to help you win the compensation you deserve. To schedule an evaluation of your case free of charge, call 843-839-4111 today.